Portal of Mentoring Programs at Charité

From here, you can access the Emergencies page, Contact Us page, Accessibility Settings, Language Selection, and Search page. 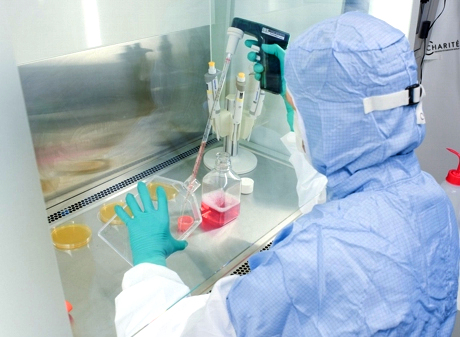 The Goal of the Mentoring Program

The goal of the mentoring program is to

Why Mentoring as a Means of Promoting the Advancement of Women?

The core concept of mentoring is that in order to attain professional success, qualifications and dedication are not sufficient on their own; rather, first and foremost, there is a need for supportive relationships. The Mentoring Program at the Charité attempts to work precisely from this premise and make possible and promote these supportive relationships through mentoring tandem partnerships, as well as through networking groups..

In university medicine, it is still the case that women attain leadership positions far less often than men do. This is due to various reasons, but, for example, it is often the case that women take on a much larger share of the family responsibilities. As a result, the academic careers of men and women often take very different courses, and women are always harder to find the higher one looks up the career ladder. For example, at the postdoctoral stages and later when entering the professional stage, there are far fewer women than men to be found. At the Charité in 2014, 19% of the professors were women.

The Mentoring Program at the Charité is attempting to work against this phenomenon of a “leaky pipeline.” Through contact with a very successful mentor, women gain access to guiding examples of distinctive career paths, leadership abilities, the art of diplomacy, strategic career decisions, etc. Often in their role as mentors, men will encounter the necessity of women’s advancement when they see with their own mentees what kinds of obstacles emerge in the careers of women as different expressions of a “glass ceiling.”

In the seminar program, there will be training in “soft skills” such as clear communication, maintaining a self-assured demeanor, leadership, etc. in order to develop individual abilities and to understand and practice techniques for cultivating assertiveness.

In the networking portion of the program, additional relationships to colleagues will be fostered and nurtured; here, networking can be practiced, and above all, it will be impressed upon people at every stage of their career just how similar everyone’s professional issues can be.

Our target group consists of female academics at the postdoctoral level, both with and without secondary postdoctoral qualifications (habilitation), junior professors, women in the final phase of their dissertation, and junior group leaders at the Charité who seek to further their academic careers or who would like to take on leadership positions in research and teaching fields, business, academic administration or in clinical areas.

Everyone’s needs can be very different:

Evaluation & Feedback of the Program

From September onwards, the Mentoring Program at the Charité, now already successfully implemented on multiple occasions, is requesting and sponsoring qualified and dedicated female academics for a period of twelve months who will be guided by individuals of high repute in research, business, academic administration, and clinical areas.

An introductory workshop and a closing celebration will provide the overall setting for this program.

Who are the Mentors?

The mentors demonstrate a particular commitment to and interest in young women academics and are happy to pass down their own knowledge and experience.

They will provide support in making professional goals tangible, in career planning and development, by pointing out alternative ways of doing things, by giving feedback, and by conveying the necessary informal know-how for working in academic organizations or in business. They will also provide counseling for the hiring process, job interviews, or regarding leadership skills. The length and frequency of each tandem session may vary for each individual tandem partnership.

Mentees will also be assisted with choosing a mentor by the Coordination Center. An enormous amount of trust and respect is reflected in the choice of mentor.

Common Topics within the Tandem-Partnership

Mentees can apply or will be recommended by special research teams to receive a contribution from the equal opportunity stipend of the DFG.

For the selected mentees, an introductory workshop will be held where the mentees will have the opportunity to get to know one another and exchange information about mentors, who each have their own mentoring approaches, as well as about the current state of their professional careers.
Afterwards, with the help of the Mentoring Coordination Center, suitable mentors will be found for everyone. 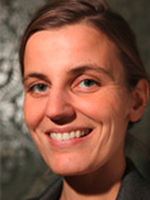